The Evolution of Patient Safety: Moving Beyond the Automated GTT 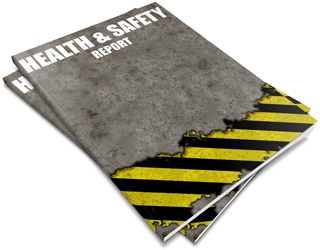 Trail-blazing resulted in the healthcare field acknowledging there was a serious problem: patient harm. Community-building resulted in broad campaigns to gather, educate, and train. Data-gathering has resulted in enterprise initiatives to identify variation.

It’s unclear what milestone will punctuate this period but, if past is prologue, we’ll find out in the next two years. Pascal’s bet is that a clue to that milestone and, more importantly, the period into which we are now moving is found in today’s publication by Annals of Internal Medicine: “Measuring Patient Safety in Real Time: An Essential Method for Effectively Improving the Safety of Care,” co-authored by Dr. David Classen, Fran Griffin, and Dr. Donald Berwick. [Full Disclosure: Dr. Classen is the CMIO of Pascal as well as on the faculty at the University of Utah.]

In it Dr. Classen (an inventor of electronic adverse event detection), Ms. Griffin (a top clinical expert in patient safety), and Dr. Berwick (widely acknowledged to be the key founder of the modern patient safety and quality movement) articulate the following key points:

The co-authors conclude with a call to action, namely that all hospitals should use their EHR data to measure, monitor, and manage their patient safety efforts.

This is no ordinary issue. As Dr. Berwick makes clear in an accompanying video, the piece is intended to be “a plea to take the electronic health record…and look at it as a tool, a lens, through which to study and assess overall safety….”

He continues: “We propose that, at least at the first step, a way to do that would be to automate the Global Trigger Tool…to use the EHR as a window on safety and care.”

Finally, Dr. Berwick implores, “We need healthcare systems to demand it. We need hospitals and boards of trustees and leaders in hospitals, for starters, to say we need to know what the overall levels are in our organization….”

We at Pascal agree: EHR triggers properly implemented in an automated all-cause harm management system not only has been proven to work, but leading health systems are reporting that – just as Dr. Berwick reports above – EHR trigger based systems provide a unique “lenses” into their care, enabling learning not available in any other system.

It’s unclear what the next era will be named but, as long as boards and CXOs answer the Berwick call, we at Pascal predict it will be the “golden age” for patient safety.